Since graduating from Skidmore College, my life, like most recent graduates, has gone through a period of transition. I always knew I wanted to make my life out of skiing, but my path has been anything but a straight line. Throughout the days, months and years I've spent carving out my niche, I've been fortunate enough to travel, work and meet people along the way that have left me with lasting and positive experiences. Whether I'm setting up gates at the Birds of Prey World Cup races, coaching up and comers at Ski Club Vail or free-skiing with my close friends, my blog will allow readers to come on this ever-evolving, dream-like journey with me!


Closing Day at Vail for the 2011-12 season has come. I can't believe a whole season has gone by - my first winter in Colorado. I've spent my entire life skiing in the Northeast and felt the time had come to make the big move, to explore what lies beyond New England and experience it for myself.

The summer after my freshman year of college I worked as a counselor for Mt. Hood Summer Ski Camps. This summer affected my life in many ways – primarily in driving my decision to make ‘living the ski life’ a priority. I was surrounded by peers doing just that, and I wanted to carve out a piece of it all my own more than anything. Finally, once I graduated, I was able to make that dream a reality by moving to southern Vermont, coaching ski racing for the Bromley Outing Club.

After two full seasons at Bromley and Stratton, skiing almost everyday, I knew I had to keep going, move on to something bigger, better, and which defined every Eastern skier’s fantasy; I had to move out West.

Getting there truly became an adventure in and of itself, as my best friend and I embarked on a 2 month road trip across country. We spent a year planning the trip, creating the most epic itinerary we could imagine, and including stops we’d always wanted to see. We left our jobs in April 2011 and headed west!

Starting in upstate New York, we traversed the states through DC, New Orleans, Austin, Santa Fe, Mammoth, Napa, Santa Cruz, Santa Barbara, LA, Malibu, The Grand Canyon, Vegas, Zion, Bryce Canyon, Moab, and Salt Lake. We parted ways there and she went on while I flew home to grab my car and make the cross country trip all over again, this time taking a straight northern route to Oregon so I could begin my summer job at Mt. Hood. In a new car, with a new companion, another journey began across Chicago, Nebraska, Park City, Boise, and finally Government Camp. 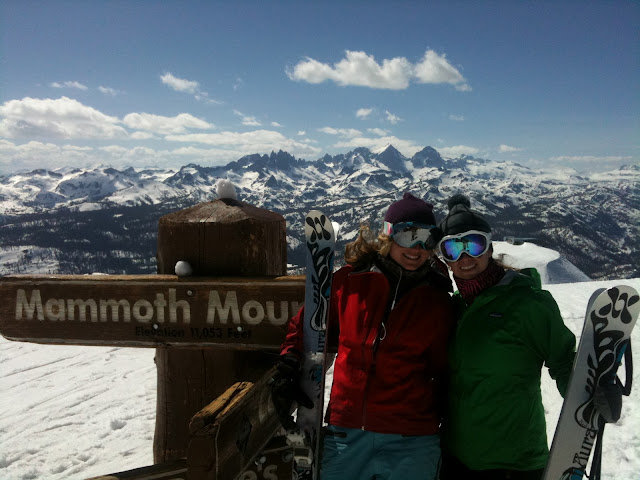 My goal through that summer job, when I managed the Reliable Racing shop at Mt. Hood, was to network, network, network, and shamelessly promote myself to Western ski clubs coming through town in the hopes of securing a job for the winter. Luckily, Mt. Hood is the epicenter of North American summer ski-racing and I was in the thick of it.

By the end of that summer, I had job offers and irons in the fire for the following season where I wanted to be. After narrowing the decision down to Colorado, I simply asked the question, “Which Mountain is the best?” When votes came back unanimously for Vail, that’s where I went. 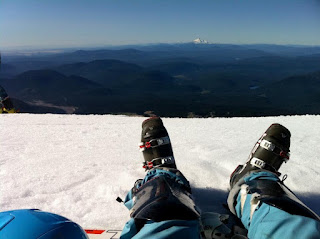 Coincidentally, Vail and the rest of the Rockies had just come off their best powder season in 30 years. Needless to say I was excited to have a taste of real powder and all the glory that’s associated with Vail. Ski Club Vail was going to employ me as an assistant Assistant Men’s Alpine Coach, working with the 13-14 year olds.

Waiting for the season to get underway was probably the longest fall of my life, but also one of the best; with days spent hiking with my cousins and their lovable labradoodle, Banjo, in Boulder, and nights spent delivering fresh baked cookies, cupcakes and grilled cheeses for Boulder Baked. I had to stay afloat somehow, even though I was incredibly fortunate enough to have generous cousins take me in for a month. Driving deliveries for Boulder Baked was the easiest temporary job I could find at the time. It proved to be a lot of fun and I quickly learned the city, mostly making deliveries to college students buzzing until the early morning hours. Yet, the most memorable deliveries I made were to a strip club in North Boulder… The same girl ordered pretty much the same thing every time: ½ dozen cookies, a carton of milk, a milkshake and two cupcakes. It was fascinating to see the crazy outfits and stripper shoes she was wearing. I don’t know if she ate that whole order, or if she had a “client” that shared it with her, all I know is she tipped well!

Finally the day came for me to move up to Vail. I’d found the most wonderful roommates through Craigslist, a deal only sweeted by the bargain; the ducks were lining up for my new life in the mountains. Three months after being hired and impatiently waiting for it all to begin, it did, on November 1st, 2011.

The month of November at Ski Club Vail is probably the craziest thing I’ve ever experienced. If Mt. Hood is the epicenter for ski racing in the summer, Ski Club Vail’s own Golden Peak training venue takes the cake during pre season. Some of the coolest days I spent working on that hill were in November, busting my bum putting up and maintaining B-net, late night hill injections, lugging gates, and training the kids, all alongside the training courses being lapped by the country’s best including Lindsey Vonn, Ted Ligety, Bode Miller, Nolan Kasper, Andrew Weibrecht, Julia Mancuso, Resi Steigler and Sarah Schleper, to name a few names, as well as every national team from Italy to Austria, Germany, Lichtenstein, France and Slovenia, not to mention the hoards of University teams, clubs, and private groups from across the country. It almost made me sad for my own ski racing background, that I never had experienced this kind of training environment before, and that my humble beginnings looked nothing like those of the kids at Ski Club Vail. Yet I also knew that the way I grew up and learned, the race clubs I joined, the team members I skied alongside, the coaches I had, have all had a profound influence on how I coach.  I not only want to inspire kids to kick ass and win, but to have a passion for the sport even a little bit as much as I do. 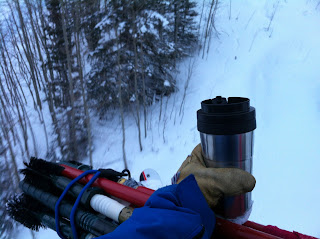 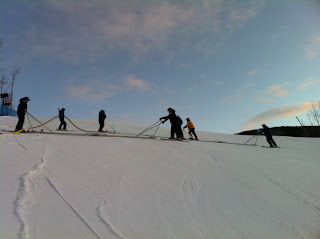 Posted by Unknown at 7:04 PM No comments: