The winter of 2015 never really started in Utah. It ended with the New Year and has been asleep ever since. Given the lack of snow and spring-like conditions I’ve gravitated toward other activities besides skiing to keep me going. I never consciously thought I need to figure something else out since the skiing sucks, but looking back, I’ve done more with what the city of Salt Lake has to offer than ever before.

It all started with the Sundance Film Festival. Historically, I never participate in Sundance because I’m too busy skiing and couldn’t be bothered. This year however, some opportunities fell into my lap that I couldn’t pass up. A world premiere screening of “Digging for Fire” kicked it off with a chance meeting of the star actor, Jake Johnson, from New Girl. Then I entered and won my office raffle for tickets to “Mississippi Grind” staring Ryan Reynolds. 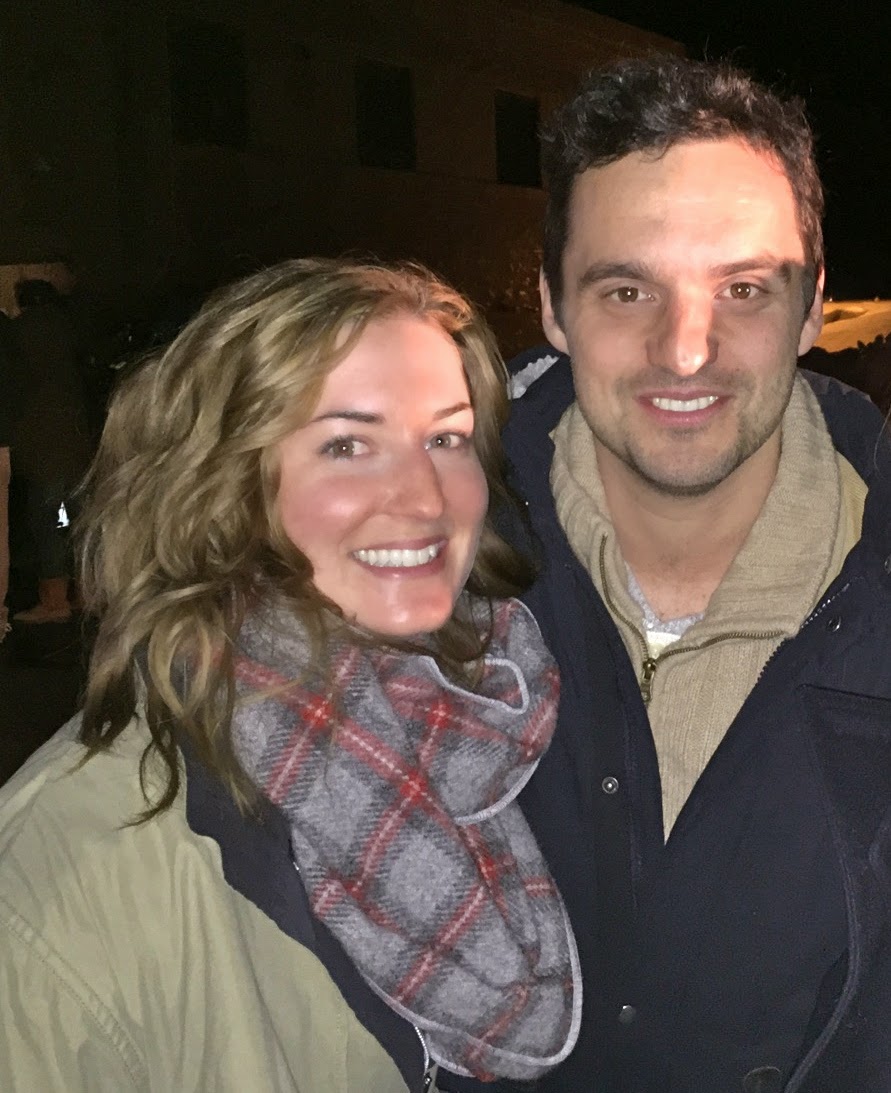 Sundance reignited my interest in the arts that has dwindled since graduating from one of the best art, theater and dance liberal arts colleges in the country, Skidmore College. As Martin Luther King Jr. Day came around, our local independent radio station, KRCL, announced a screening of “The Night James Brown Saved Boston”. This documentary detailed the significance and influence James Brown had over the black population when Martin Luther King Jr. was assassinated. Paired with the unique draw and respect he had from white people, he was able to captivate an entire city, preventing more rioting and chaos from ensuing that had already taken many cities across the country. 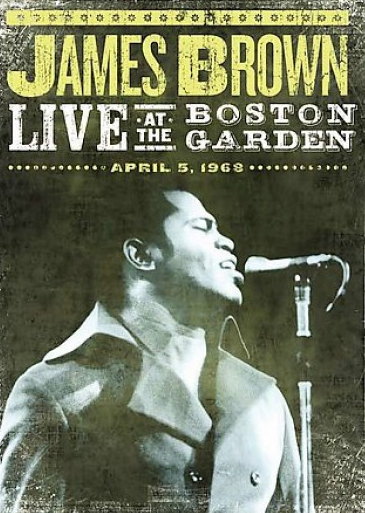 From Sundance premieres to historic documentaries, the next form of entertainment came in the form of live music. Salt Lake City draws some pretty great acts from stadium filling performers to local indie bands. March Fourth Marching Band came to The State Room and of course I couldn’t pass that up. March Fourth is a difficult band to classify. They are part street brass, part funk, part drum line, part circus. I was first blown away by March Fourth at the Oregon Country Fair and never forgot their weird, electric, larger than life style. Their night at The State Room was beyond expectation, moving me to dance my ass off with a huge grin on my face all night long. 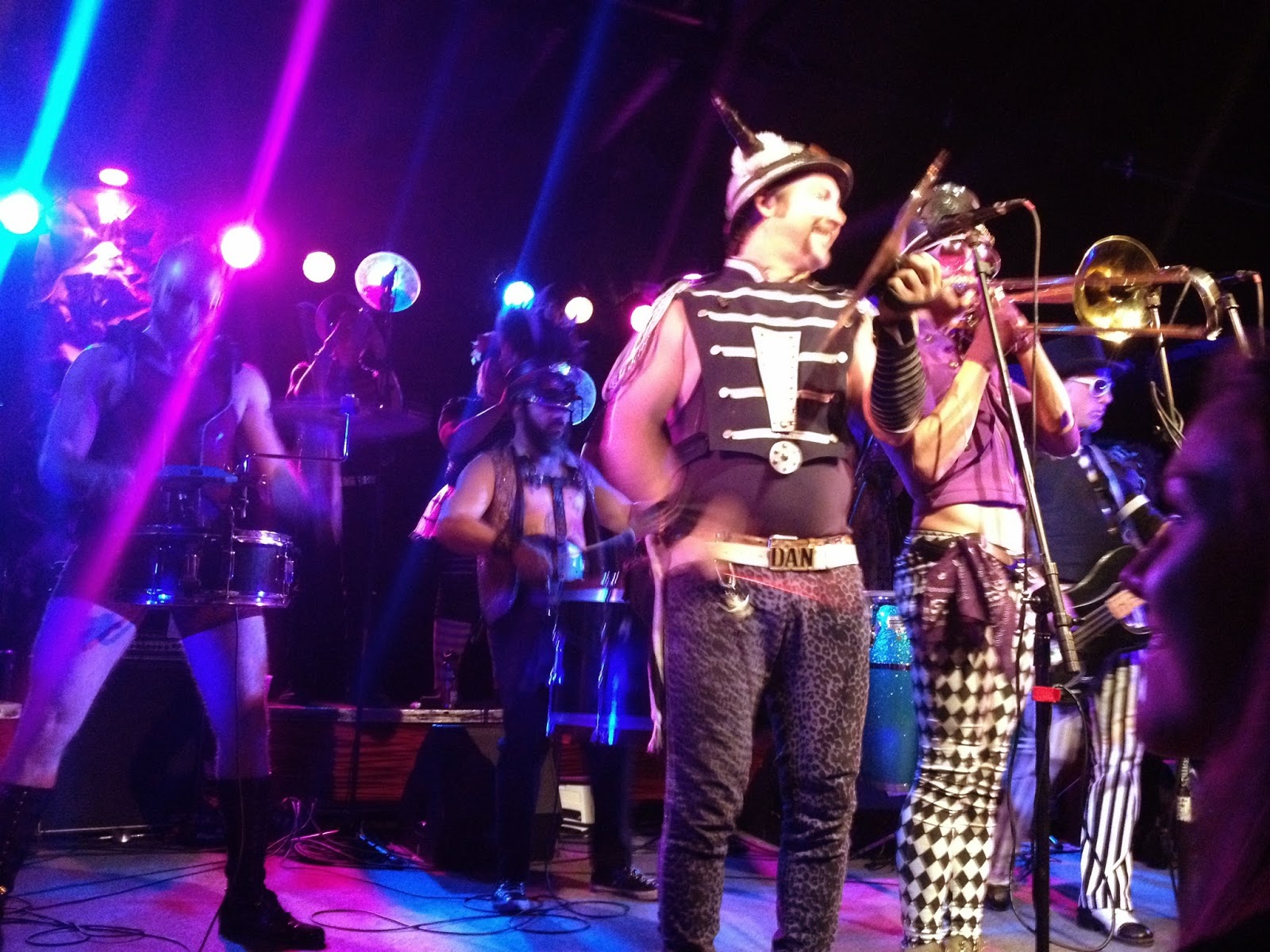 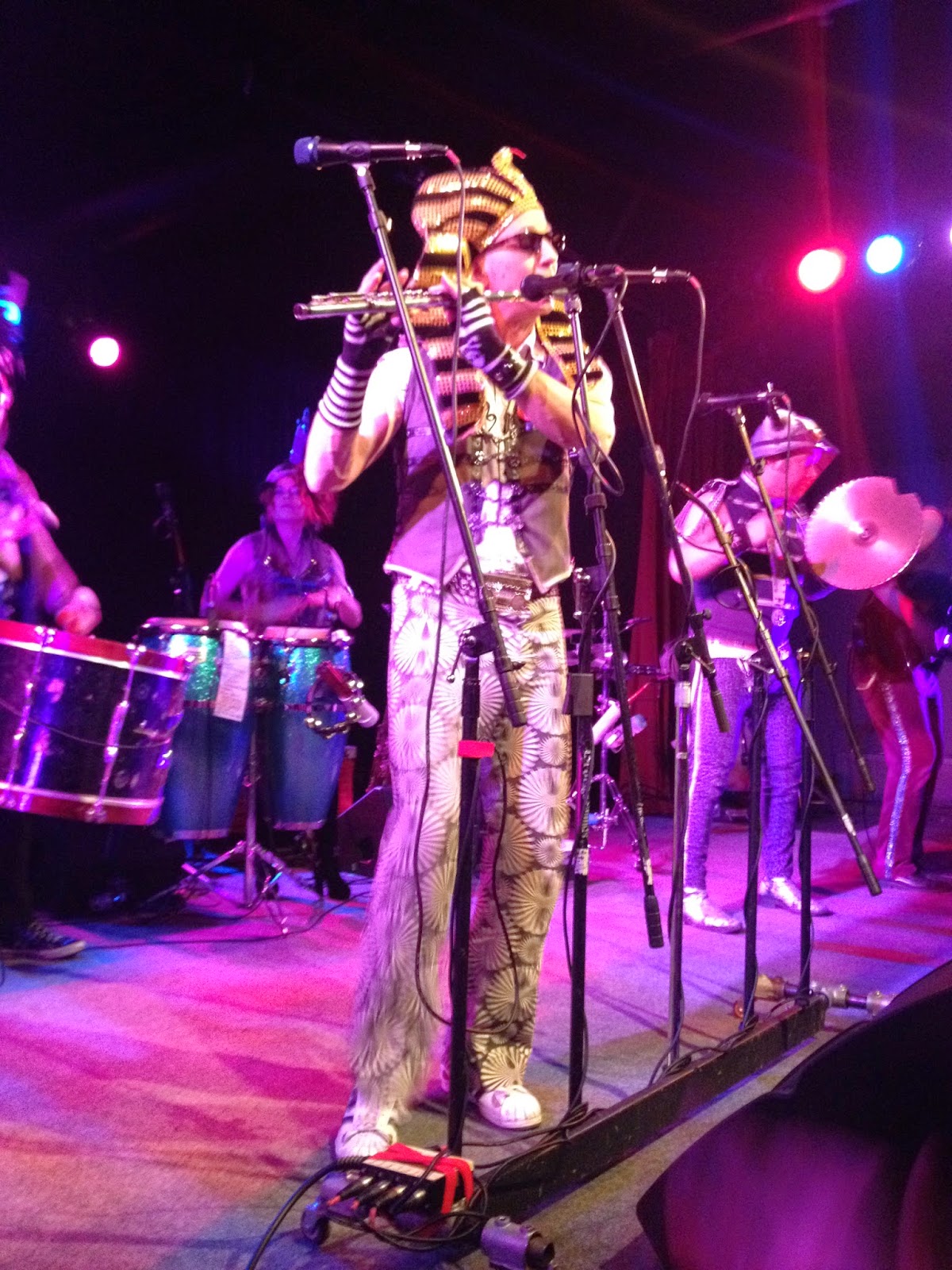 Too enthralled to get off the entertainment train, I remembered that Hozier was playing a long since sold out show at The Depot the following week. I had wanted to go to this show since finding out about it in the fall, but it sold out within hours of being announced. That Tuesday night my trusty wing woman and fellow live music fan, Keree, and I ventured over to The Depot just to check out the scene, maybe try our luck sneaking in and/or scalping tickets. Keree somehow slithered her way past the doormen and ran into the venue, while I was a little slow on the uptake and was turned away to fend for myself. Thankfully there were quite a few scalpers outside and I was able to score a ticket for $50. Earlier that day I took a gander at Craigslist to see there were any tickets available, finding some on sale for over $100. So for $50, I feel like I still managed to come out on top. Jumping for joy once I got in and reconnected with Keree, we took a celebratory shot for finding our way into a sold out show and jammed out to Hozier all night. It was such an amazing performance to witness because of his huge popularity right now, (his song, Take Me To Church was nominated for Grammy Song of the Year) but also because he played his entire album, no surprises, no new songs, and we were able to sing along the whole night. 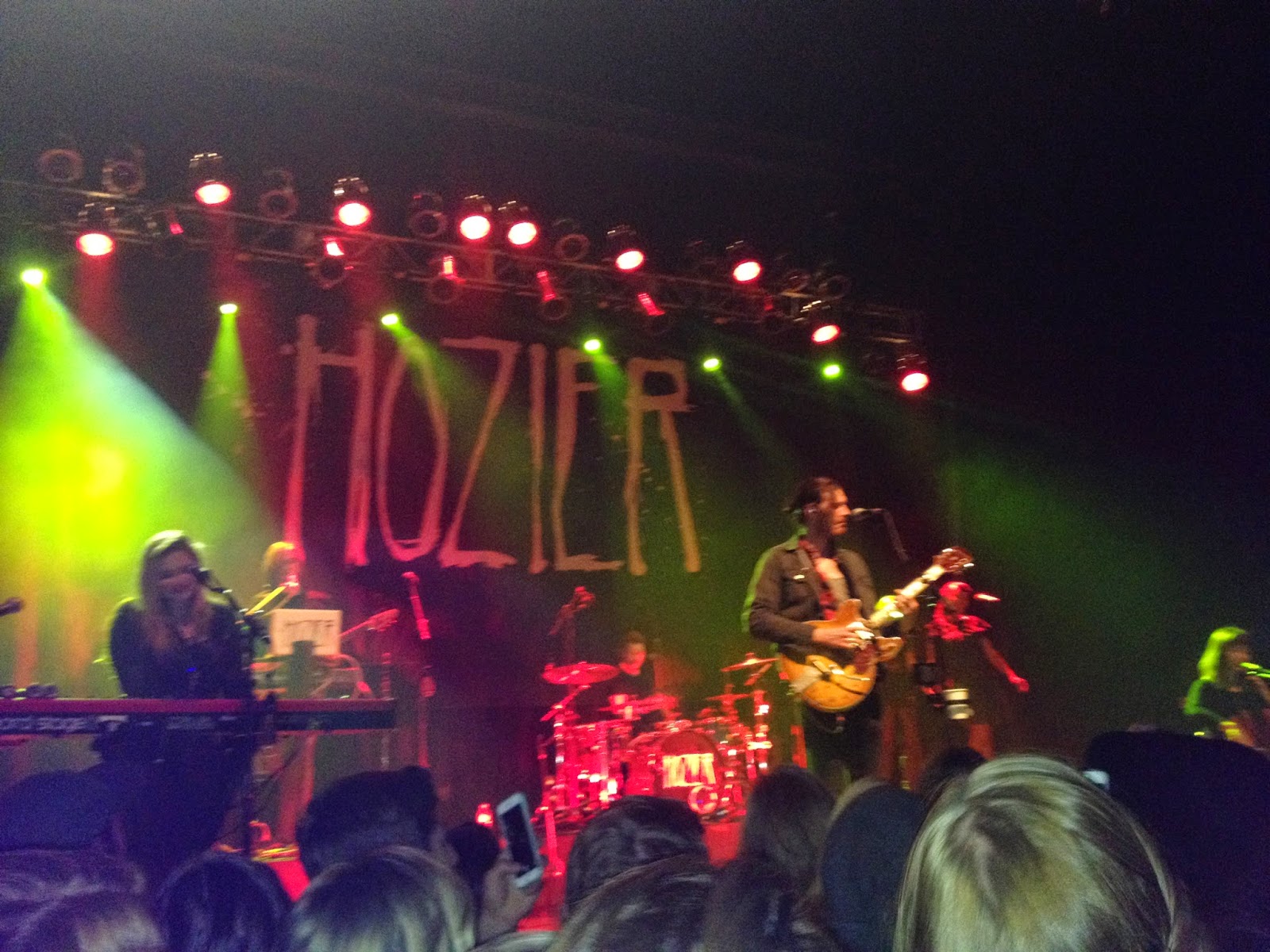 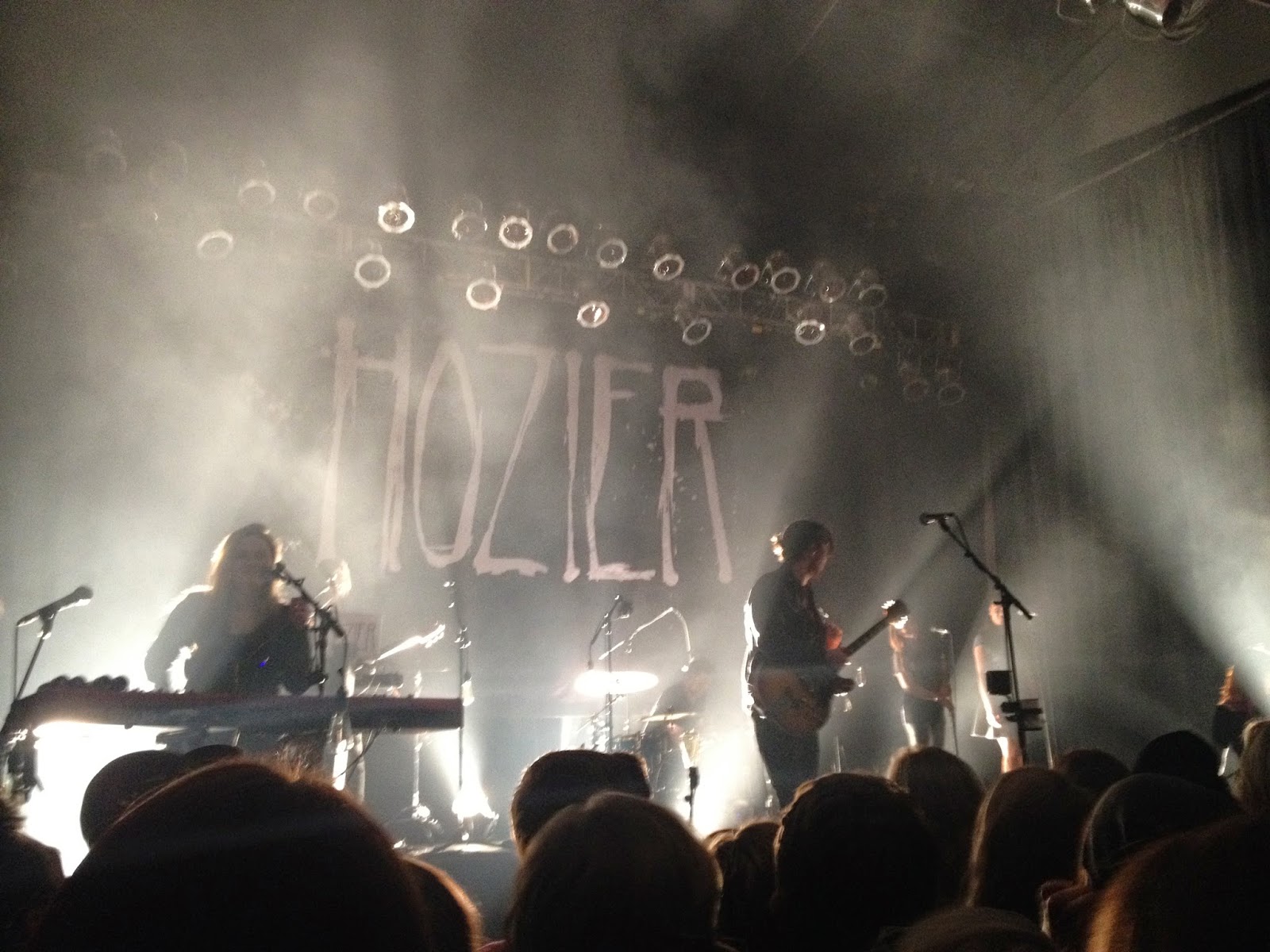 Fresh off a live music buzz all I wanted was more. “What are we going to do this weekend?” My roommates and I questioned, “let’s see some more live music.” So to the Internet we went, searching for what’s going on in the small venues of Salt Lake. Even though it was a Wednesday and we were looking for weekend entertainment and I had gone out the night before to Hozier, we saw a cool sounding bluesy act playing at a venue we’ve heard so much about but had never been. So off we went to The Garage, one of the coolest bars I’ve been to in Salt Lake that shares its border with an oil refinery. Israel Nash headlined the night, a bluegrassy rock band with some awesome guitar. Yet the opener may have rivaled Nash for best of the night. Timmy TheTeeth, a local band, also bluegrassy, kind of stole the show. Although their sound wasn’t nearly as big or produced like Nash’s, there was something about their folky, acoustic set that was magnetic. After reflecting that I’d seen music three nights in the past 8 days I realized, just like any other big city, you can go out and find entertainment every night of the week here. Without the distraction and fatigue that epic skiing brings, Salt Lake City is actually a legit city with a pulse that has lot to offer.

City Weekly is where we ended up finding the show at The Garage, but they list all kinds of events for every night of the week on their sight, which lead me to my next evening out. Switching gears slightly but still on the arts and entertainment kick, I noticed there was a free ballet showcase performance at the U the following night. Coming from a school where dance is one of the premiere majors I was curious to see how a large research university’s dance program stacked up. Most of the performances were beautiful, especially the co-ed groups. However one of the groups did a Britney Spears montage including Hit Me Baby One More Time, where they wore schoolgirl outfits and pranced around like ditzes who thought they were cute and sexy. I was disappointed that the student-choreographed number to Britney Spears wasn’t at all avant-garde or unique in the slightest. In fact, it was incredibly unoriginal. I’m sure they had a blast dancing to it, they looked like they were having a lot of fun, but I was left wishing they had put an ounce of creativity into it to produce something we haven’t seen before out of a popular hit. 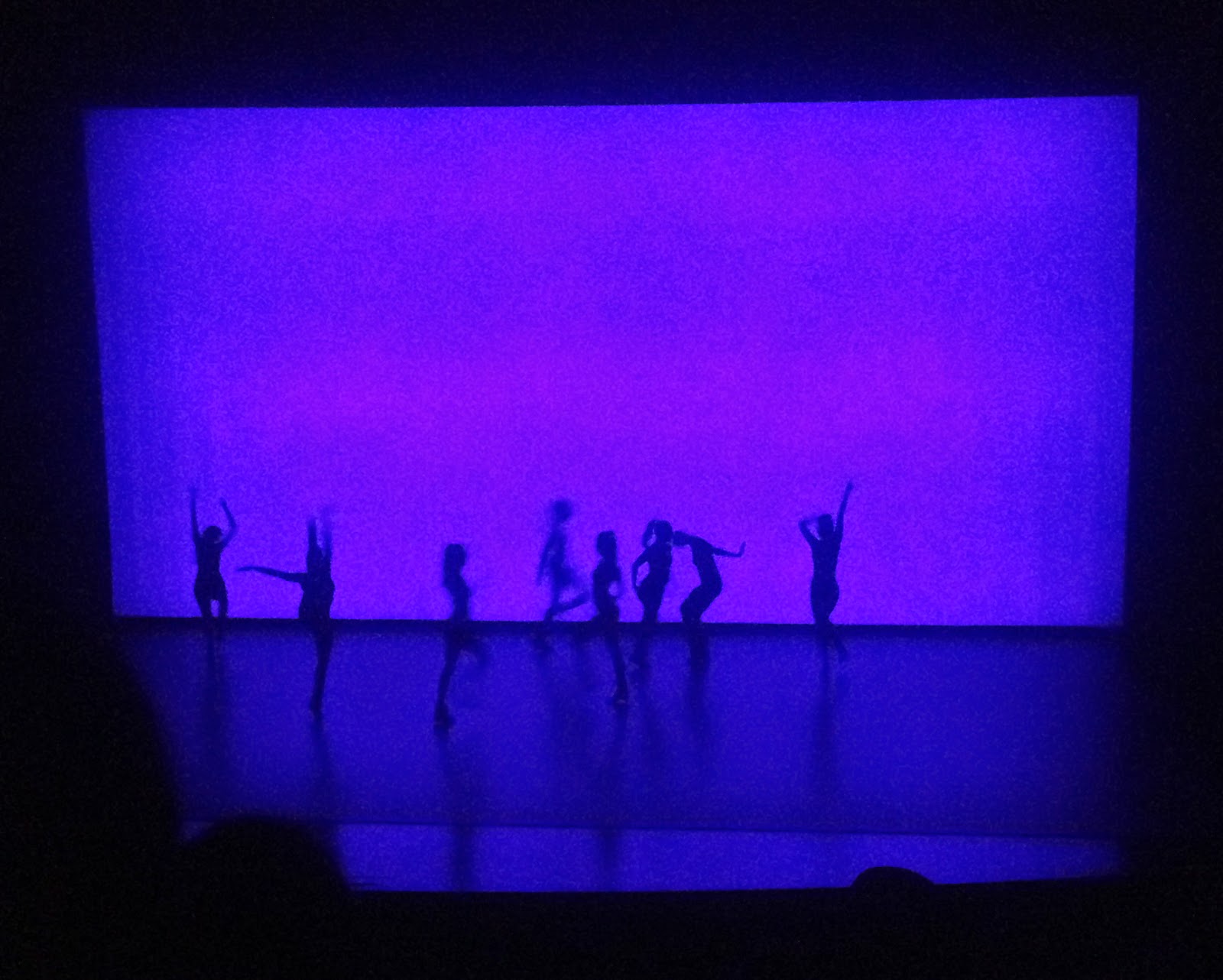 Regardless of the lackluster performance, I was glad I went to the ballet to experience a different kind of art that made me think. It made me appreciate where I got my education and how lucky I am to have witnessed some of the most talented young dancers, actors, musicians and performers at Skidmore College and among their peers in the industry today.

When it hasn’t snowed in a month, temperatures reach 65 on the regular and there’s just no motivation to go ski, you have to get creative to stay stimulated. Turning my focus from the mountains to the city is one of the benefits of living where I live. Salt Lake’s tourist board Visit Salt Lake boasts that it’s home of the biggest ski town in the country, where you can ski at world class resorts and après in the heart of a metropolitan city center. This winter has inspired me to explore this city in lieu of heading into the mountains. Although its been cool to experience the city's entertainment, I still pray for snow and hope that “Miracle March” will come through in the clutch moment, providing me with the legendary powder that drew me here in the first place.
Posted by Unknown at 2:10 PM No comments: