2 weeks of ski camp is over, now on to my next destination, Government Camp. This is my second summer running the Reliable Racing shop in Govy. It’s a welcome change of pace from coaching for Ski Club as I am totally on my own program; just me in the shop with my own apartment in town. I ski in the mornings representing Bomber Ski Company, bringing skis on the hill for athletes to demo and hopefully buy, if not spark their interest.
Rep’ing for Bomber has been exciting since it’s a new company that many people have never even seen before or vaguely heard of. It’s a grassroots movement to get people on these custom handmade world cup quality race, mogul and freeride skis. Having the skis on my feet sparks interest in the lift line, on the chairlift and around the mountain. 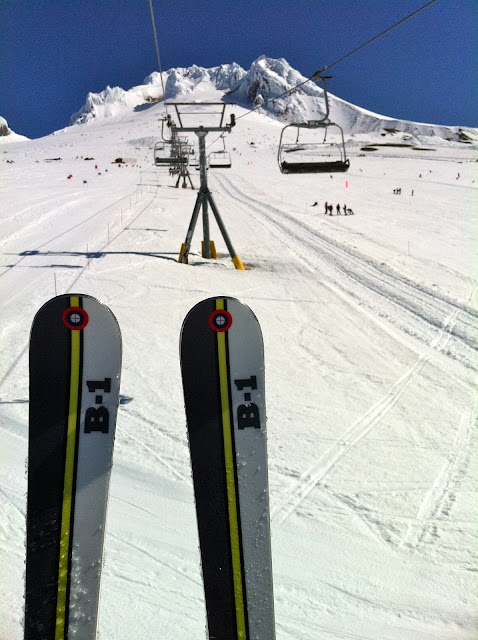 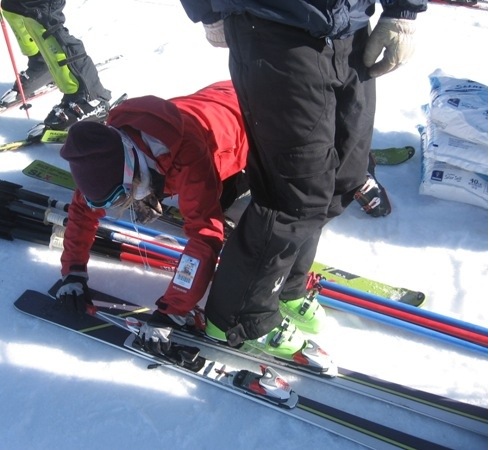 "What are those skis?"people ask, and the conversation begins.
The average ski that a racer buys in a ski shop is a factory made, cookie cutter, “McDonalds” ski from any of the brands like Rossi, Fischer, Atomic, Head, etc. What sets Bomber apart from the average ski is that each pair is handmade by a craftsman that made the exclusive Rossignol World Cup skis for decades. The average ski racer now has access to exclusive quality skis once only reserved for the world’s best. We believe that is something that can make a difference in an athlete’s performance or enhance the experience of the all mountain skier.
Ok, sales pitch over.

Being back at Hood has been amazing. It holds an incredibly special place in my heart. The place never really changes and mostly the same people come back year after year. As it’s my second consecutive year here in several years, all the familiar faces are back as if we never left. My Govy crew is back in action and lets just say I didn’t do much skiing the first weekend I arrived… 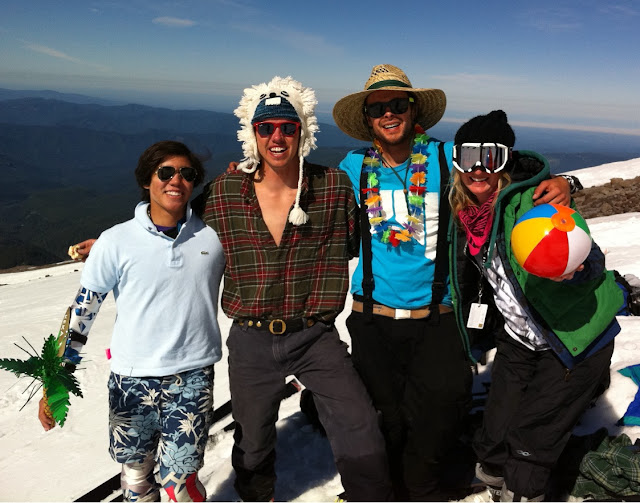 It’s been super variable here throughout the entire month of June with rain, high winds, some snow and generally crappy conditions. Many teams and camps have been forced to cancel training or only get a few runs in due to poor visibility. That is definitely where Mt. Bachelor came out on top. Since we were skiing within the tree-line (instead of above the trees at Hood), the visibility was not really a problem. Lucky for me, my first day skiing on the Timberline glacier, July 1 was warm and sunny! The snow is summer glacier snow – firm in the mornings and softens up to a slushy mess by about 10 am or sooner if its hot and didn’t freeze the night before. Countless salt bags are needed to suck out the moisture and firm up the snow for race training and throughout the parks. Freeriders like the snow softer, but if they didn’t salt the parks at all, they’d be swimming during the prime time of their training sessions, between 10:30 and 2pm.

The Timberline lift line in summer is one of the most unique sights to be seen. As I explain to many people who ask about Mt. Hood in summer, ask yourself, who skis in the summer? Who would think to go skiing in July? Only the hardcore. Only the ones who will do anything to get better at their sport. Elite ski racers and elite park riders trying to maximize their time on snow. The Timberline lift line includes those park riders at the cusp of the sport’s style, clad in tall T’s, tall jerseys, baggy pants and ski boots with the tongues on the outside. It also includes racers in only speed suits and padded training shorts and tops. Two extreme ends of the sport’s spectrum. Its difficult to describe and should really only be experienced in real life, but when I say Govy/Mt. Hood is the weirdest place on earth, those who’ve been there will agree.

The skiing that’s open to the public is definitely not as widespread as what’s accessible to the private camps. There is a public lane for free skiing that extends for about 1,500 vertical feet. All the freeriders lap the public park even if they have access to their own camp’s parks like Windell’s and High Cascade. So it is worth it for the novelty of skiing in the summer to get a ticket and ride Timberline without being a part of a private camp. I would recommend doing a bit of both as an adult in order to fully experience it all. For kids, without a doubt, sign up for camp! Windell’s isn’t lying when they claim it’s the “funnest place on earth”... 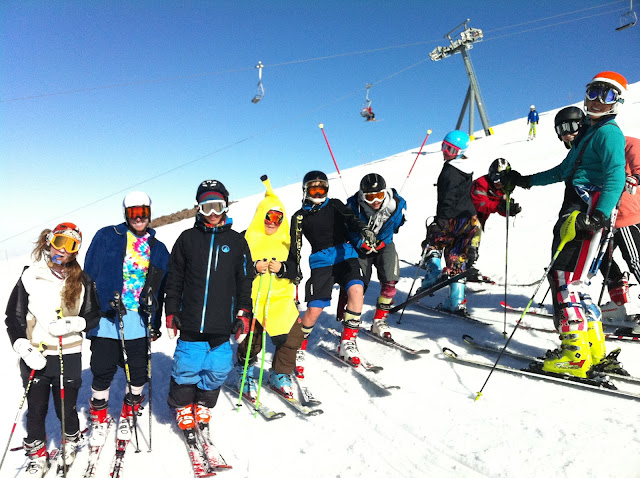 Newer Post Older Post Home
Subscribe to: Post Comments (Atom)
"It's always fun when you're skiin' strange!"
I've never thought twice about following my passion and having as much fun as possible. Instability, ever changing environments, always experiencing and learning something new is what makes me feel alive!